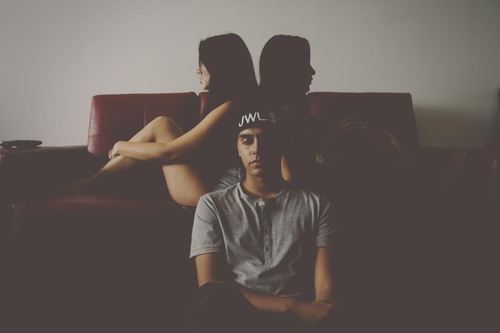 Meet Lais. On June 22, 2014, this Toronto native debuted his mixtape “Session One” on Reddit’s HipHopHeads subreddit, which occasionally features artists looking to make a name for themselves. Fast forward to late August, when he released a remix to his song “For You” with notable frat rapper Skizzy Mars and is now associated with Mars’s record label: Penthouse Music. Lais has been featured on music blogs “Noisey” and “Pigeons and Planes” and is definitely a name to look out for.

He mixed and mastered the tape himself and describes his own style as “emotionally detached”. His sound is undoubtedly a reflection of Toronto’s hybrid rapper/singer scene, although his vocals sound closer to what we’re accustomed to hearing from someone like Big K.R.I.T. He’s got a bit of Southern twang in his voice which adds some flair to the darkness of his tracks. His music has the same feathery melancholy as most of the artists signed to the OVO label. It has all the drug and alcohol induced haziness of the Weeknd (Lais himself admitted to being under the influence while he recorded most of the tracks), the vagueness and detachment of PARTYNEXTDOOR, with the world-weariness of Drake. He even tweets really ambiguous phrases directed at no one in particular just like his OVO counterparts!

In our hyper-connected world, artists can see their careers rise and fall within a year. Just ask Trinidad Jame$, Kirko Bangz, or whoever made the Stanky Leg song. The artists that are here to stay are the ones that bring a sense of authenticity to their craft, and Lais is nothing if not authentic. He brings the raw emotion that we’ve come to expect from a Toronto artist. His limited body of work makes it hard to project too far into the future, but from what he’s shown so far, his future looks bright.

Fun Fact: Eric Dingus, who produced two of the Session One tracks, was featured on the OVO blog for his remix of Drake’s “Worst Behavior”